I Must Be Getting Ready for Next Winter 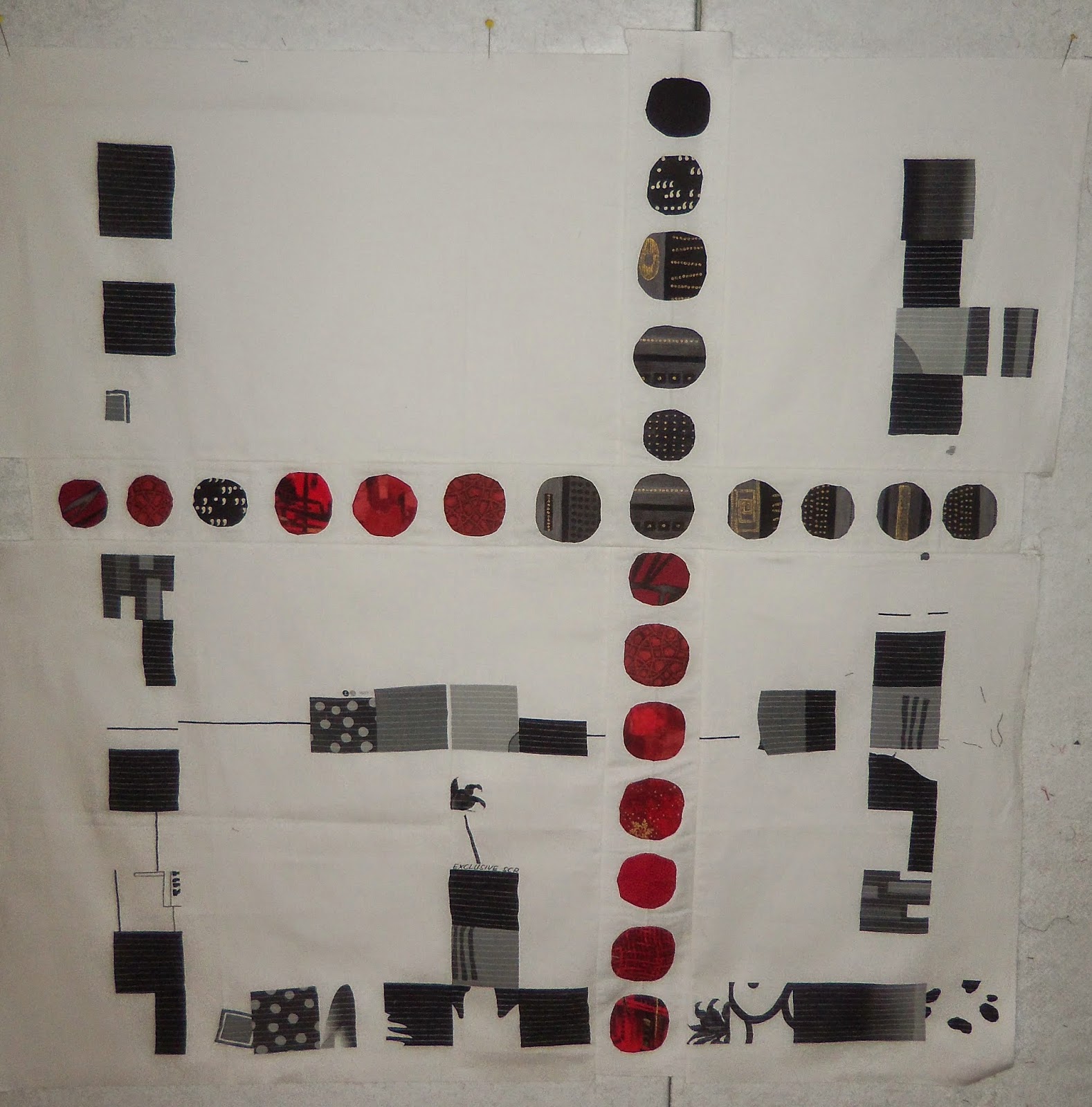 With the leftover wool batting from the quilt I just basted, I am now ready to baste this panel of Yoshiko Jinzenji fabric that has two strips of appliqued circles a la Carolyn Friedlander's Aerial Grove inserted.  This panel is 44" x 44" and ready for some Sashiko work. 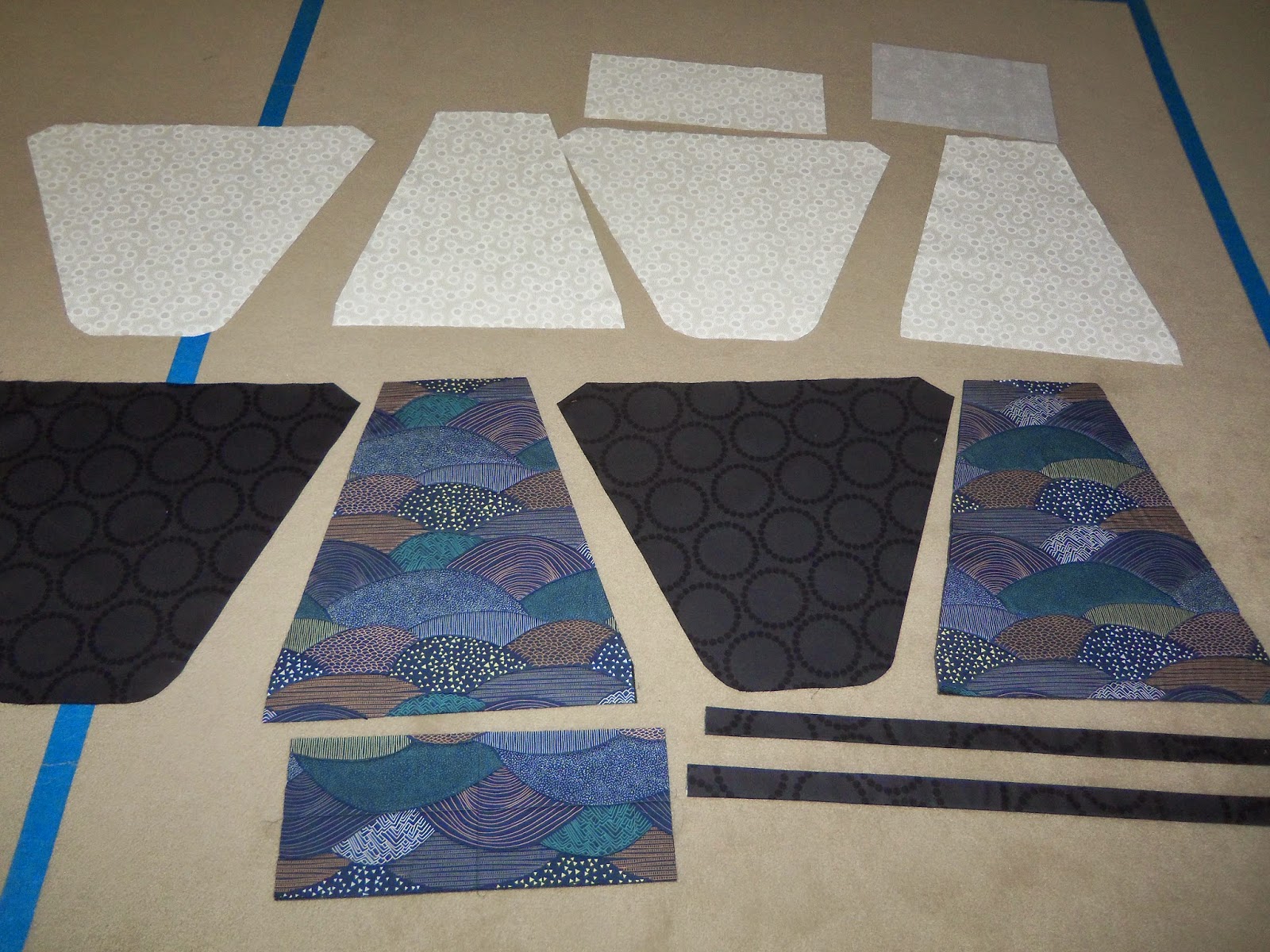 And my Trapezoid Tote by Indygo Junction is all ready to go together - straps, pockets, lining, outer panels.
Now, where are those photos I said I was going to edit...
Posted by Donna at 8:18 AM 1 comment: 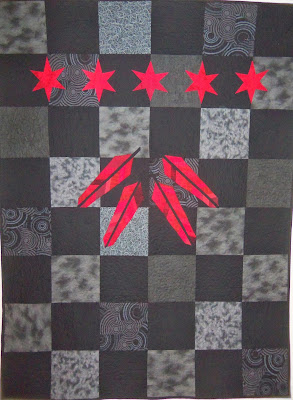 There are two quilts just like this. They are my nod to the Blackhawks and their Chicago origin. Google the Flag of Chicago for an explanation of the Chicago six-pointed stars. There are only four on the Chicago Flag, but there has been talk of a fifth star since 1940. Besides, the math worked out better for five rather than four stars.   These quilts are 60" x 80" and for the fathers of my brother's granddaughters, my great nieces.  Jim is the father of Amelia, Olive, and Elle.  Chad is the father of Isla.  These men are terrific fathers and beautifully parent all four girls.  Jim was interested in having a nod to the Bears on his quilt, and Chad wanted a nod to Notre Dame on his.  Meanwhile, I am still having a hard time believing sports is a still a thing.  But I did what each dad wanted - see pictures below.  Chad's birthday is this week, so I am passing this off as a birthday present.  Jim will be marrying Katie soon, and this quilt will be their wedding present. 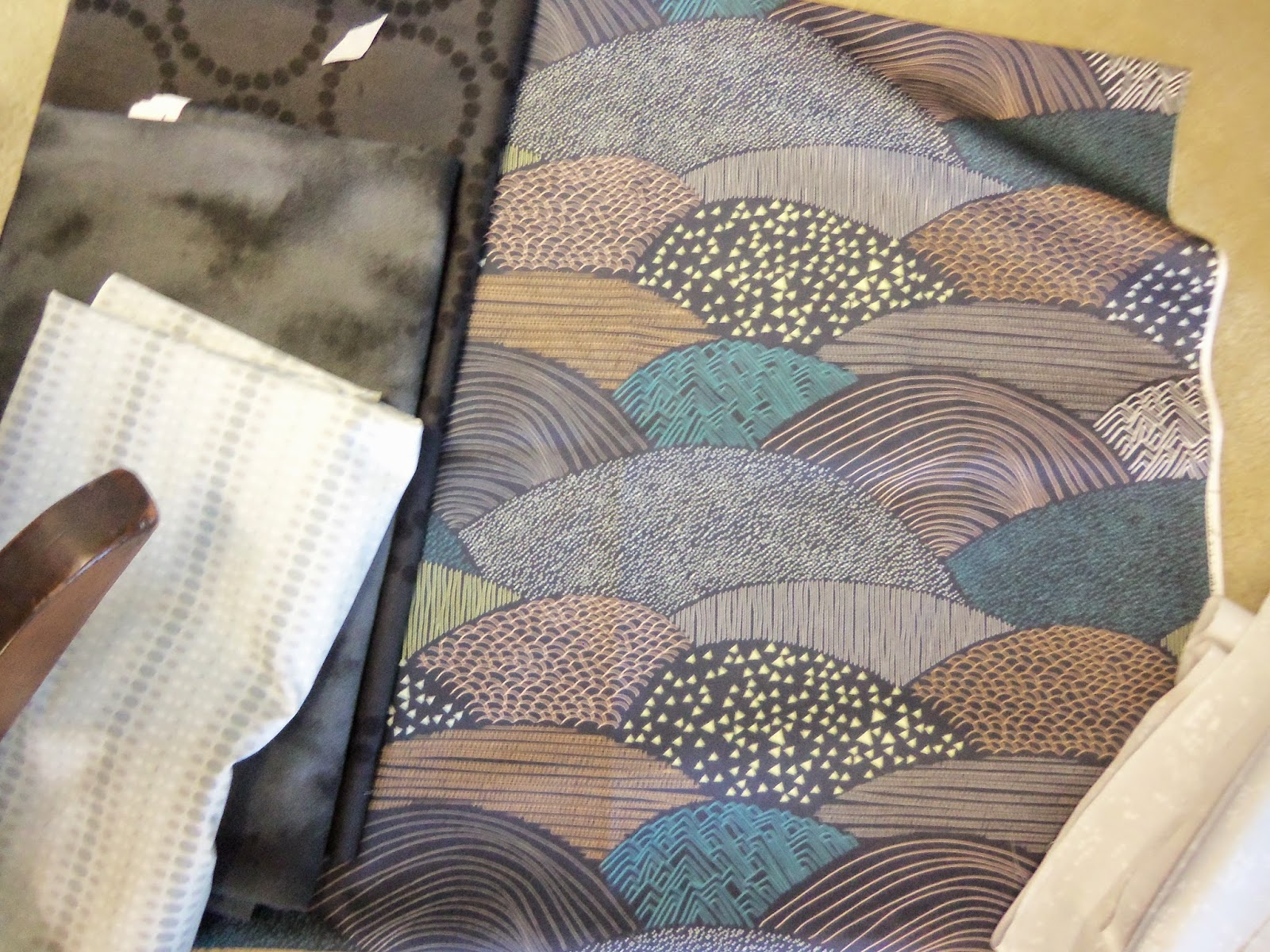 Meanwhile I keep eying the Trapezoid Tote by Indygo Junction using this feature fabric -an Art Gallery fabric called Hello Bear.  Perhaps this week.  Getting over jet lag and the 17-hour time difference has been difficult.  I am still in my head and ears.  Long walks have helped some.  So did a planned sewing day with a couple of quilty buddies. 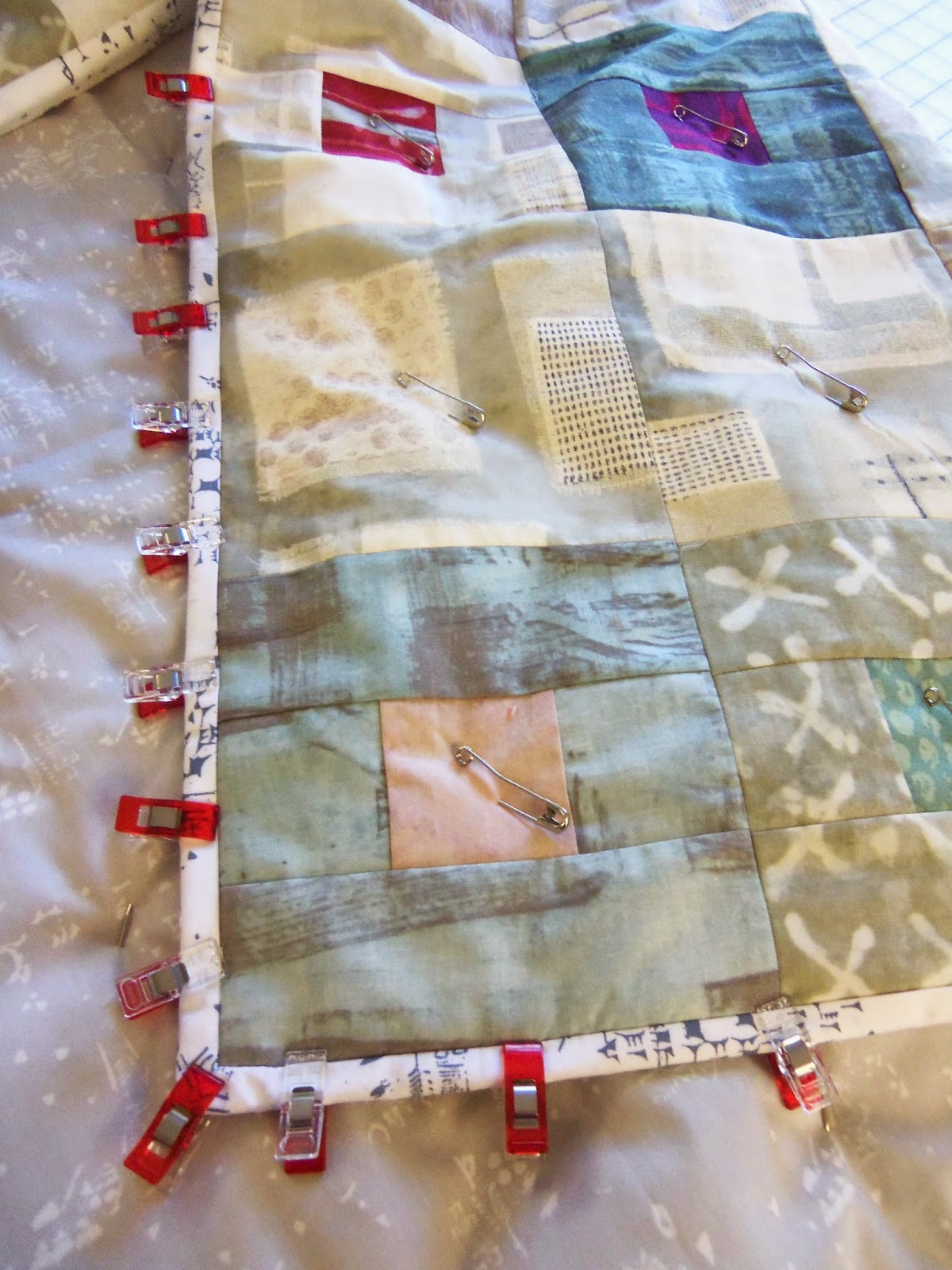 I still need to edit my pictures from New Zealand and do a post.  Now that I have this quilt top basted and ready to sashiko-quilt, perhaps I will settle down a bit...  Perhaps...
Posted by Donna at 4:40 PM 2 comments:

It's off to New Zealand we go where apparently the lambs are the real thing and not made from pound cake batter. This year was 9 lambs, 8 of them with both ears, and 2 more to make when we get home. I'll study the real thing the next few weeks and see exactly how many jelly beans the New Zealand lambs wear. This is Henry, an honorary grandson!
Posted by Donna at 8:34 AM No comments: