Playing with a Winner 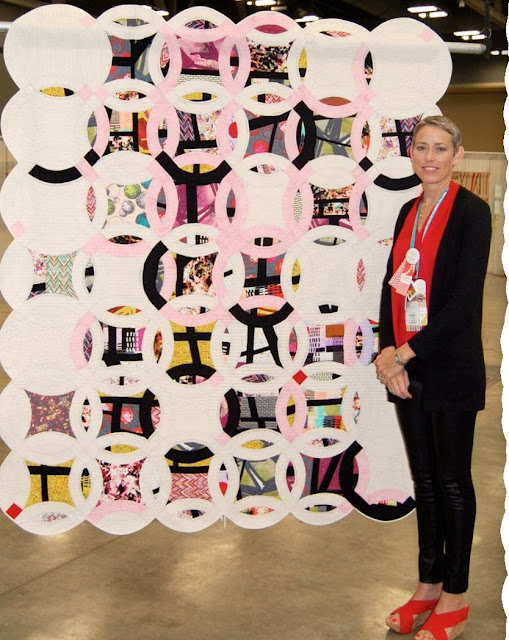 Here's a photo of Victoria Findlay Wolfe, a NY quilter who won Best In Show at QuiltCon in Austin, TX last February.  She's a modern quilter who is, like so many of us, deeply rooted in traditional quilting.  The Chicago Modern Quilt Guild, thanks in large part to our vice-president Sarah Shulman, snagged Victoria for a workshop on June 29. Victoria's quilt shows her approach to quilting through made fabric.  After a 90-minute trunk show and lots of inspiration about the process, she set us loose with our scraps and our machines. 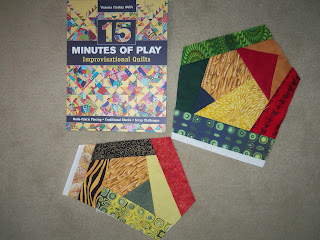 After an hour or so, here's what I came up with. And I just do not care for this at all. Victoria suggested it might be my scraps, so I hit her table of scraps. And colorful scraps, whether mine or hers, were not the issue. So with V's permission and blessing, I began to play with my neutrals and reds. 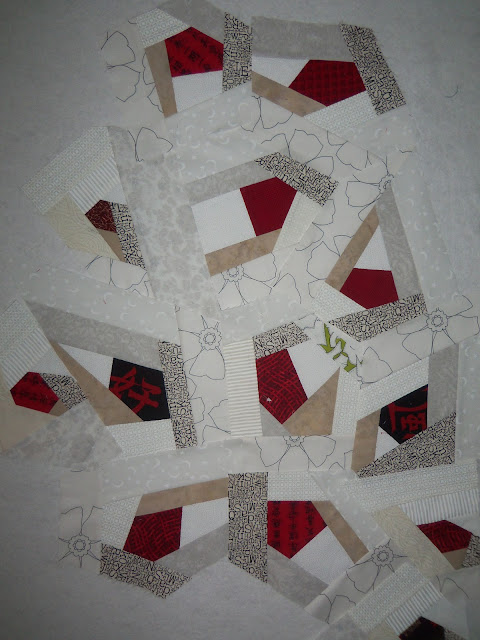 Here are 13 unfinished blocks abutting each other of my design wall. Looks crowded, doesn't it?  But I like this and know it's worth playing around with.  Perhaps spreading out the blocks a bit more...  Look at the next picture.  I was thinking about a new bedroom quilt - this eventually might be it! 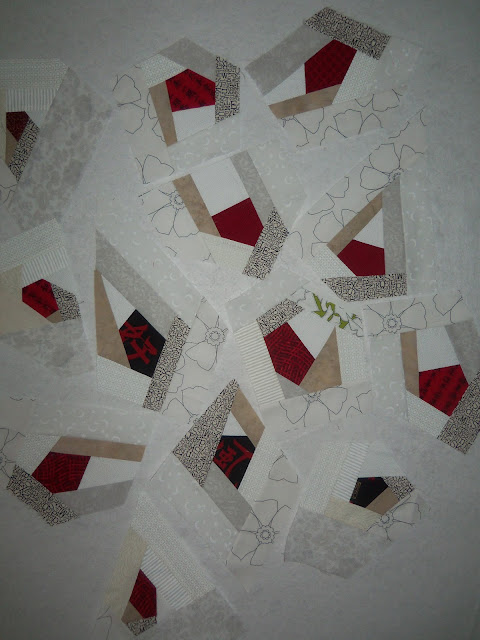 About that Aeroplane Bag 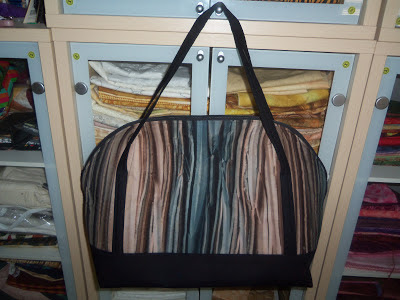 The Aeroplane Bag is completed, and I mostly like it.  I like the size, and I like most of the directions - especially combining the different stabilizers, like Soft and Stable and Peltex.  I'm not comfortable with the zipper insertion.  I have enough fabric to make a second bag, the smaller version, and will run the striped fabric horizontally.  And I think I'll go off script with the zipper and do what is more comfortable. The inside pockets are fabulous.  Now, I just need to plan a little trip to pilot this bag!  (a couple of process pictures follow...)

Ants in my Quilting Pants 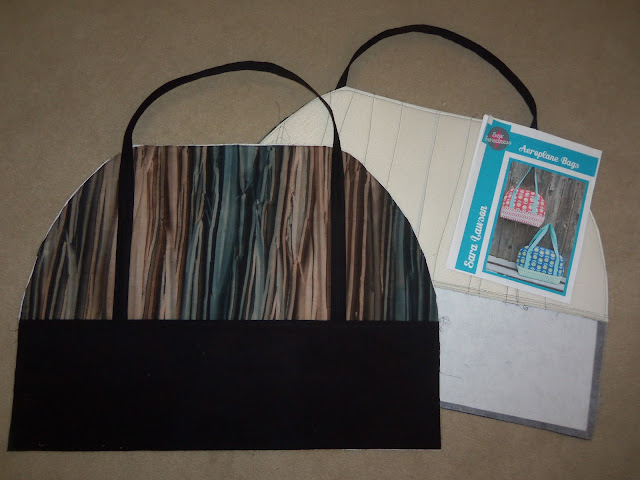 I could be working on my "Winter" challlenge - it's due mid-July. I could be working on my sister's house baby quilt. I could be working on an actual commission - the quilt made from children's clothing. But none of those are what I want to do. I bought the Aeroplane bag pattern from Sara of Sew Sweetness.  She was one of the sponsors of the modern meed-up last Friday at the International Quilt Festival - so generous of her.  Look at the back of the body piece above - the top part of the bag is backed with Soft and Stable.  The bottom part - it will be boxed and take the most wear and tear - is backed with Peltex, a product that isn't in my repertoire.  So far, I like how this is going.

Speaking of the International Quilt Festival, a couple of things caught my eye: 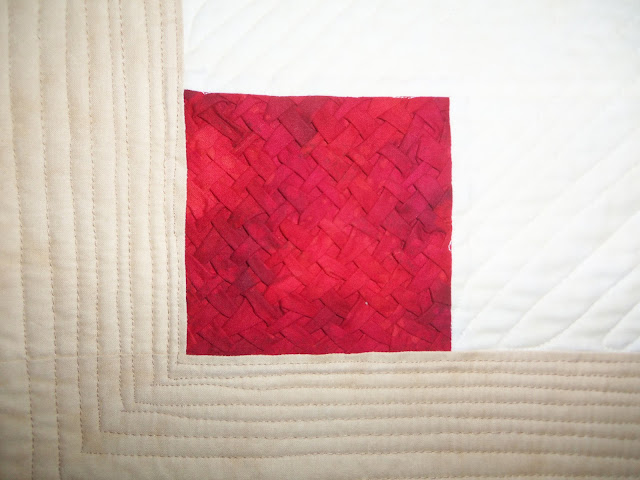 This is the center of a log cabin block - maybe 4" square.  The fabric has been manipulated to give is this fabulous look and texture.  Love this.  And look at the use of color in this piece.  Quilters are so clever... 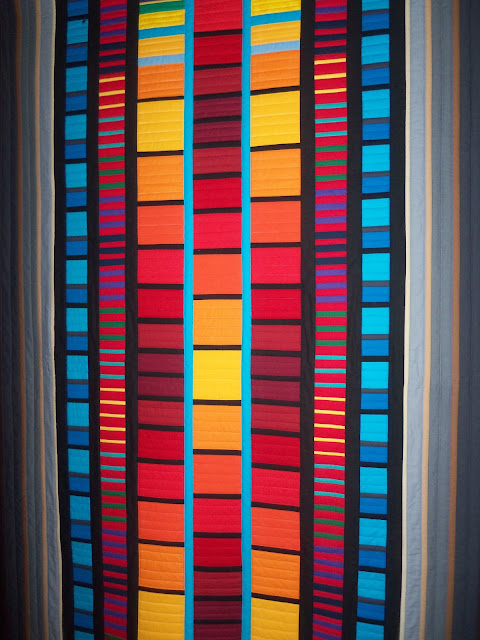 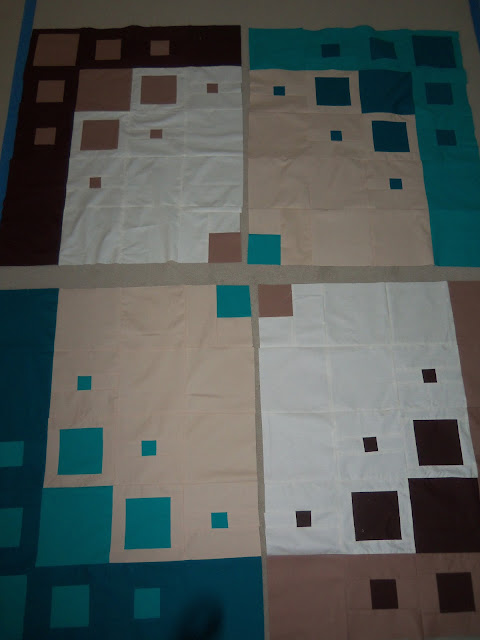 Here's the baby/napping quilt for my sister Paula in St. Joe, MI. She requested these colors, and I wanted to do Jacquie Gering's Outside In pattern again, the same one I made for my niece and her new baby Henry. The quilt is in quarters and pin basted. I am going to quilt each quarter separately and then join them together. So pretty...
Posted by Donna at 9:55 AM 1 comment:

Stepping Away from the Design Wall 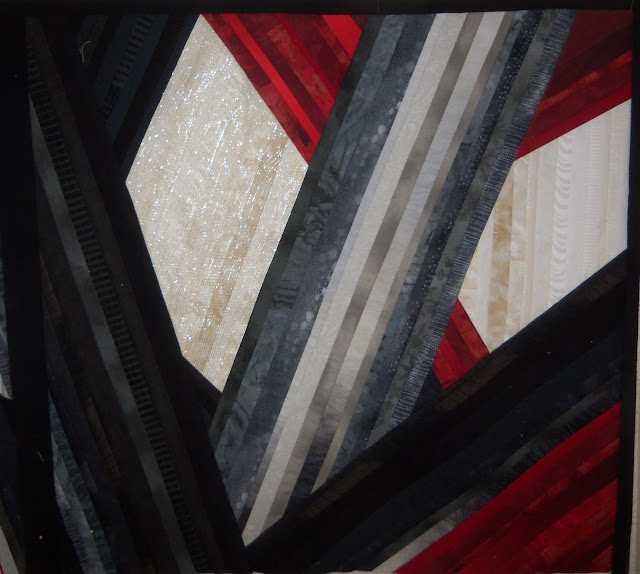 Instead of studying what's on the floor, now I can study what's on the wall. I like what I have so far for this seasonal challenge. But I'm not sure about the size. As this is, this measures 36" across by 31" down. My sense of proportion is telling me to made it wider and more landscape-y and to give the left side more weight. But it's time to leave it alone for a few days...
Posted by Donna at 12:51 PM 1 comment:

The National Quilt Museum in Paducah was nice enough. Very traditional in its holdings. What made the museum for me was the exhibit of the work of Emika Toda Loeb - she does amazing things with log cabins and with design and color. The highlight of the drive was access to Hancock's of Paducah, a fabulous fabric warehouse. I've ordered from there for years. So to actually see this plan in operation was fascinating. I did buy fabrics for a quilt for my sister. It's one thing to have a Kona card - it's another thing entirely to see bolts of these fabrics. I stocked up on some wonderful neutrals, found a fabulous green batik renmant as well as some black remnants, purchased some Aurafil thread, and rescued a renmants of an Asian-y panel of fabric goodness. Special thanks to CMQG sister Sue R for telling me to allow at least two hours for Hancock's of Paducah. Which I did. Which is more time than we spent at the museum. Go figure. Special thanks to John for staying at the hotel and smoking his cigar. Which I normally don't encourage... But it was perfect for Paducah. Since we came home one day early, I have this bonus free day and am returning to work on "Winter."
Posted by Donna at 9:22 AM No comments: 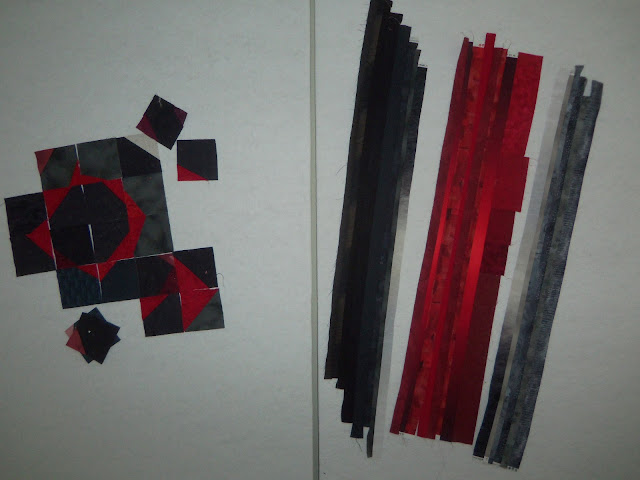 Before discussing the iron issue, I just must say how much I love my design wall. On the left is what I started in Jacquie Gering's workshop last summer. And on the right are some of the elements of my Winter calendar challenge.Okay, irons. At workshops and retreats, whatever iron I am using is better than mine. Now, is that really true? Holly has the exact same iron as me - a Rowenta Steamium. You know, the one with 400 steam holes. And somehow I am convinced that Holly's iron is better than mine. At QuiltCon, taking the architectural piecing class with Jacquie Gering (just love how she teaches), the classroom was stocked with Oliso irons. Of course I fell in love with them. And I had a chance to buy one - about $140. But then I had to talk with myself about whether I really NEEDED this iron and whether it truly was better than mine. Just prior to QuiltCon I was doing a fair amount of ironing in preparation for the CMQG January meeting about modern piecing. I really overworked some of the soft tissue in my right hand. My Rowenta weighs 4.5 pounds when full of water - that's a hefty amount to lift again and again. Former CMQG president Beth has temporarily loaned me her Oliso so I can decide whether I truly want an Oliso . What makes the Oliso so special is that it automatically lifts up when there is no hand on the handle Right now I'm thinking I need this iron. 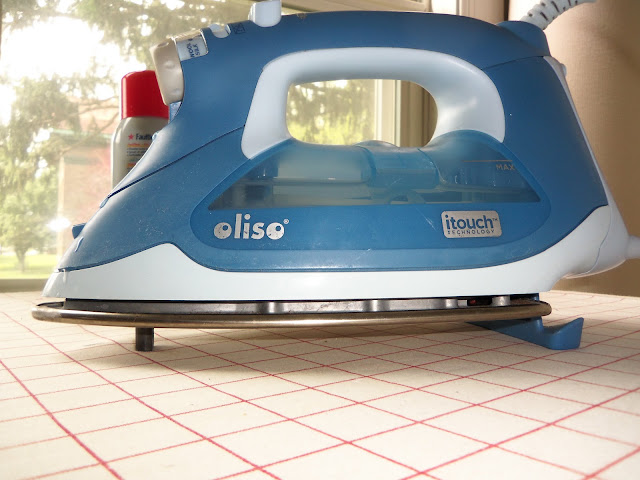 We're off to Paducah for a few days. I've never been to the National Quilt Museum, and John's game for a little road trip, even if it means quilts and fabrics. I haven't told him yet but the hotel he booked us at for a couple of nights is literally right down the road from Hancock's of Paducah, one of my favorite on-line sources. And it gets better. A quilter who has influenced me over the years, Emiko Toda Loeb, is in a featured exhibit at the museum - she was the inspiration for the log cabin quilt (see below) which hangs in my dining room as well as for the wall hanging for my sister Paula's Freeport, IL house. There is another exhibit featured Regina Alexandra, a sparse modern quilter. When we get back, I'll make a decision about irons.  Assuming I didn't spend too much in Paducah... 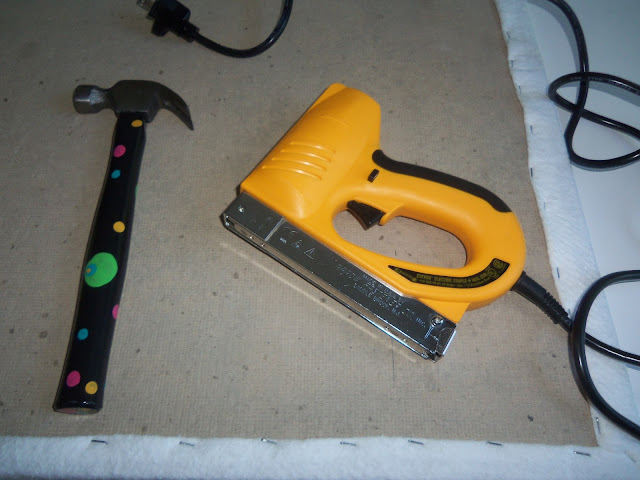 I have fallen. And I have fallen hard. His first name is Staple. His last name is Gun. And his middle name is ELECTRIC! He and I spent a peaceful afternoon with each other - and my new design wall. We covered my 3' x 7' homasote boards with Warm and Natural batting. Once these boards are actually mounted on the wall, I will still be able to use this wall to photograph larger quilts.
Now I'm ready to start my calendar challenge, Winter. No more excuses!
Posted by Donna at 6:16 PM No comments: 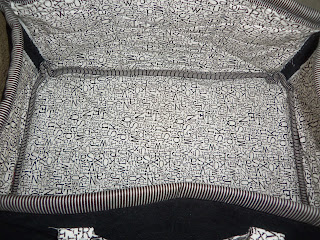